Asantewa Boakyewa currently serves as Associate Director of Collections & Exhibits at the Smithsonian Institution’s Anacostia Community Museum. has held research and administrative appointments at Johns Hopkins University, the Reginald F. Lewis Museum of Maryland African American History & Culture (A Smithsonian Affiliate Museum), Georgetown University, and the National Trust for Historic Preservation. She has been an invited speaker and has presented at national convenings including that of the Association of State and Local History, Association of African American Life and History, and the White House Historical Association and has appeared in local and national media, most recently in the series “America’s Hidden Histories” which aired on the Smithsonian Channel in January 2021.

Boakyewa has published in the "International Review of African American Art" and served as managing editor for exhibition catalogues and publications of the Reginald F. Lewis Museum of African American History & Culture and Johns Hopkins University. Some notable museum projects include "Helen Zughaib: Migrations," and the "The 15th Point: African American Messages in Music, in response to Wilson’s Racial Policies," for the Woodrow Wilson House, a historic site of the National Trust for Historic Preservation, and "For Whom It Stands: The Flag and the American People" for the Reginald F. Lewis Museum being a part of the team that received the 2015 Award of Excellence Association of Art Museum Curators. For the museum, Asantewa also brokered the museum’s first university partnership to establish an Institute of Museum and Library Services (IMLS) fellowship that promoted diversity, equity, and inclusion in museums.

Boakyewa graduated Phi Alpha Theta with a BA in History, African American concentration from Morgan State University. In 2014, Asantewa was selected as the only non-Smithsonian curator of African American history and culture in a national cohort to participate in the Yale University Public History Institute, a partnership between the Gilder Lehrman Center for the Study of Slavery, Resistance, and Abolition and the National Museum of African American History & Culture. 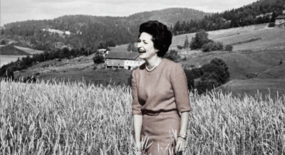