Clifton Truman Daniel is the oldest grandson of President Harry S. Truman and his wife, Bess. He is the son of author Margaret Truman and former New York Times Managing Editor E. Clifton Daniel Jr. Mr. Daniel is honorary chairman of the board of the Truman Library Institute, nonprofit partner of the Truman Presidential Library and Museum in Independence, MO, and board secretary of the Harry S. Truman Scholarship Foundation. He is the author of Growing Up With My Grandfather: Memories of Harry S. Truman and Dear Harry, Love Bess: Bess Truman’s Letters to Harry Truman, 1919-1943. He is currently portraying his grandfather in the one-man stage show, Give ‘Em Hell Harry, as well as writing and lecturing on the Truman presidency. 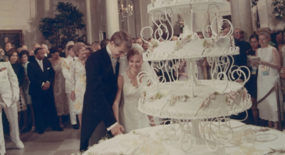